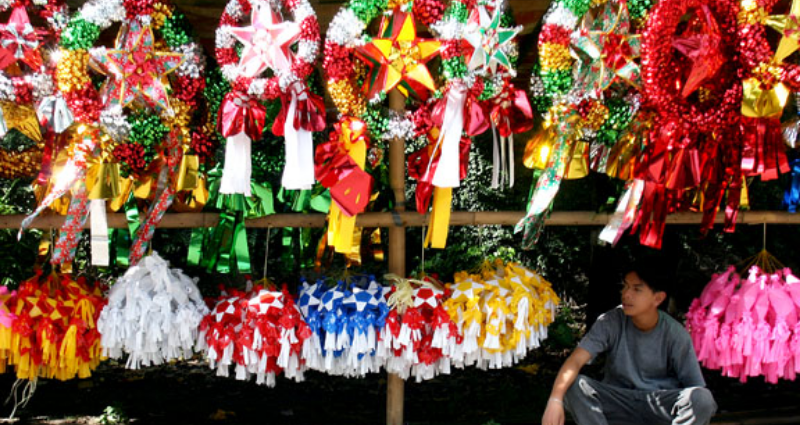 At this time of the year, Christmas songs are already being played in almost all shopping malls, office buildings, and other public places in the country of the Philippines. Thousands of colorful lights and artistically crafted lanterns adorn the streets which make you more and more excited as the much-anticipated festivity draws near. The Filipinos are known for celebrating the merriest and longest Christmas around the globe. People start putting up Christmas decorations as early as September and they will not be taken down until the first week of January – The Day of the Three Kings.

“Why is that?”, you may ask. First and foremost, Christmas Day is regarded as a festival. This means that culturally, there is already the expectation of celebration that sets it apart from other days or seasons in the year. For the people of the country, there is a heightened sense of awareness that things will be different. Additionally, with over 80% of the population considered Catholic, Filipinos celebrate Christmas as a largely religious occasion. The people’s positive outlook on this day is broadly influenced by the disposition with which the Church celebrates the Advent season.

From December 16 – 25, people wake up early to attend the Misa de Gallo. The legend says that your wish will come true if you complete the 9-day tradition.

The traditions and the religious practices that mark the season are also what give Filipinos a sense of ownership of Christmas. Even before the modern period, there are many traditions that are enveloped around this season. One of the most observed practices is the Simbang Gabi also called Misa de Gallo — a nine-day series of early morning masses to honor the Virgin Mary — on December 16. People wake up at the break of dawn to attend mass at their local churches. This tradition began in 1669 during the early days of Spanish rule as a practical compromise for farmers, who began work before sunrise to avoid the noonday heat out in the fields. The 6th of December also marks the beginning of one of the light-hearted Christmas traditions in the country — the caroling. Groups of kids, as well as adults, would travel house-to-house with their musical instruments singing Christmas carols, expecting a handful of coins from the householders.

Kids with their home-made musical instruments.

Noche Buena on Christmas Eve is paramount in Filipino Christmas celebration. It is a grand feast full of delicious native and foreign cuisines. While celebratory dinners are universal, what makes Filipino Noche Buena different is the presence of each family member. Aside from dining together, it is also the time when families open their Christmas presents.

Filipino Noche Buena is not complete without lechon – a traditionally roasted whole pig.

The celebration in the country culminates on Christmas Day when Filipinos traditionally visit the homes of their relatives so the kids can pay respect to their uncles, aunts and grandparents. Usually, the children line up to perform a Filipino greeting of respect called pagmamano. Most of the time, the children are rewarded with gifts like toys or money.

Paying respect with Pagmamano – you take an elderly’s hand, touch your forehead with it and say “Mano po.”

With more than four months of celebration, Christmas in the Philippines is truly one of a kind. But more than the red block date on the calendar, the gleaming decorations around, the presents underneath the Christmas tree, the feast and the banquet spread on the table, Christmas is not just a religious moment for Filipinos. It is very cultural. Those who are abroad are expected to be home and families are to be reunited. The celebration is about the birth of a child and widely celebrated as a time for family.