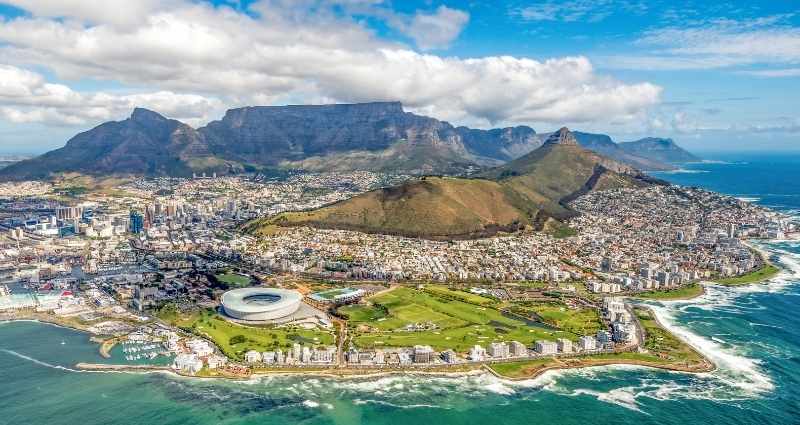 Ahh, South Africa!  For those who know the country, just saying the name conjures up mixed emotions and visions of a kaleidoscope of colours: the clear blue sky, the year-long blazingly yellow sun, the jacarandas, the multi-green trees and the exotic year-round flowers, not to mention the diverse topography and the wildlife that thrives in the country. South Africa, or to be more precise, the Republic of South Africa is home to about 57 million people with 5,8 million living in Johannesburg and 4,6 million in Cape Town – the two largest cities in the country.

Not all that glitters is gold, they say, and the same applies to South Africa. Not everything about the country is good – one can discuss at length the country’s turbulent political history, the miserable in-your-face poverty, the derelict state of Johannesburg’s road infrastructure and the insidious corruption – corruption- the all-pervasive corruption.

This is the beginning of a brand new and positive year therefore we will not dwell on the human failures but rather turn our attention to the natural beauty of South Africa. Here too, one can also speak at length of the whole country’s diverse and abundant beauty, but in this article only the Western Cape will be mentioned. 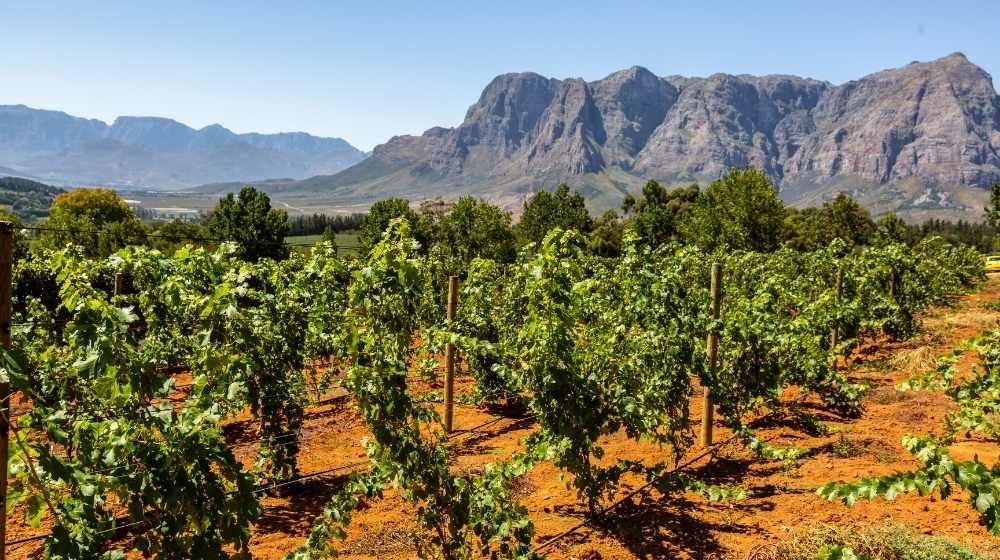 South of the country – at the tip of Africa – where the Indian and the Atlantic Oceans collide, is Cape Town in the Western Cape province. The first two Europeans to set foot on South African soil were the two Portuguese navigators Bartolomeu Dias and Vasco da Gama. One hundred and fifty years after the arrival of the Portuguese, the Dutch came to set up a trading station at the Cape and it was the Dutch who planted the first vines, but it was the French settlers who perfected the wines.

It is a fact that one of southern Africa’s richest and most beautiful natural kingdoms are the mountains of the Western Cape. The wine farms and stately Cape Dutch homes are situated at the foot of the beautiful blue mountains of Drakenstein, Paarl, Franschhoek, Simonsberg and Stellenbosch. The vines cultivated in these regions produce some of the top-class wines in the world.

Deciduous fruits (apples, pears, peaches, plums, nectarines, apricots and avocados) also grow in the Western Cape and half of the apples grown in South Africa come from the Ceres region. Ceres (the Roman harvest goddess) is where the Granny Smith apples grow. There are only a few places in the world where these apples grow (Australia (origin); Ontario, Canada; Washington State, USA and Ceres, South Africa). Granny Smiths are sought-after because they are the best apples with which to make apple pies. 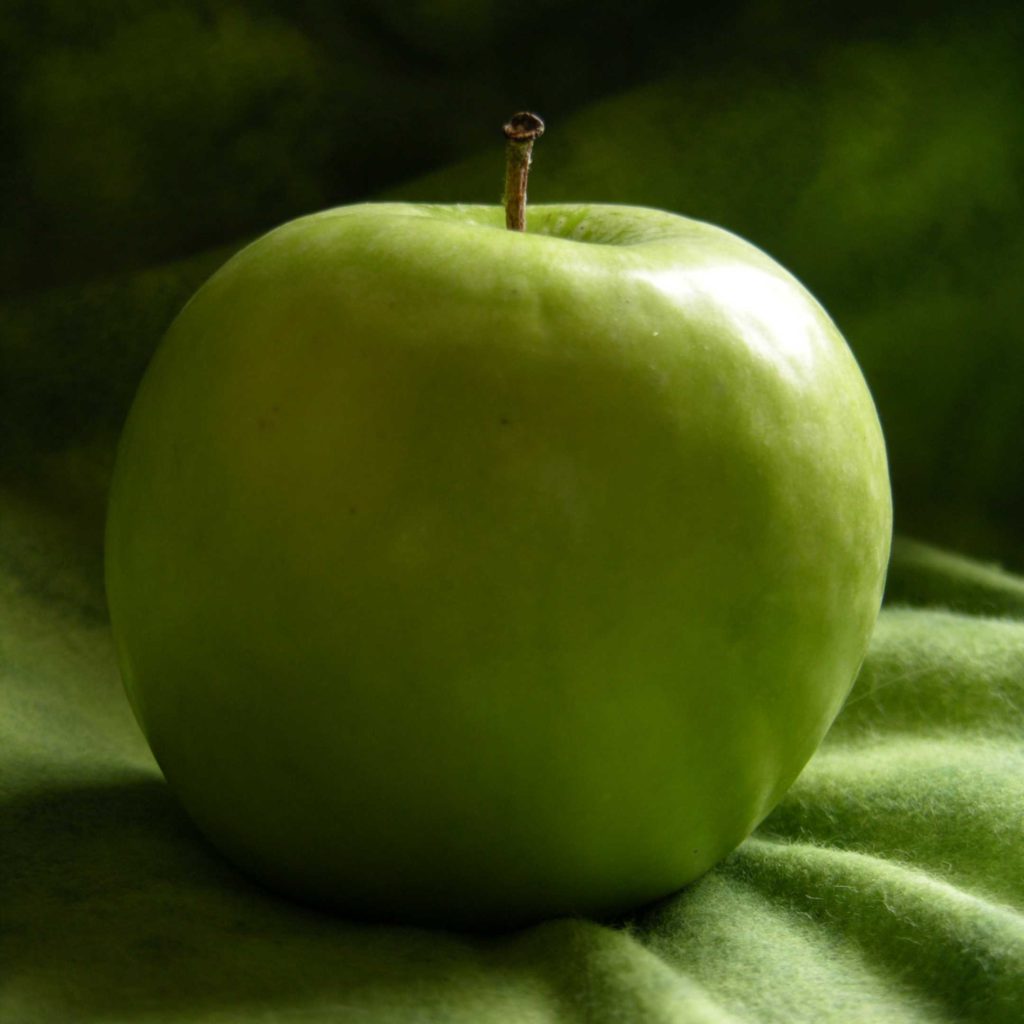 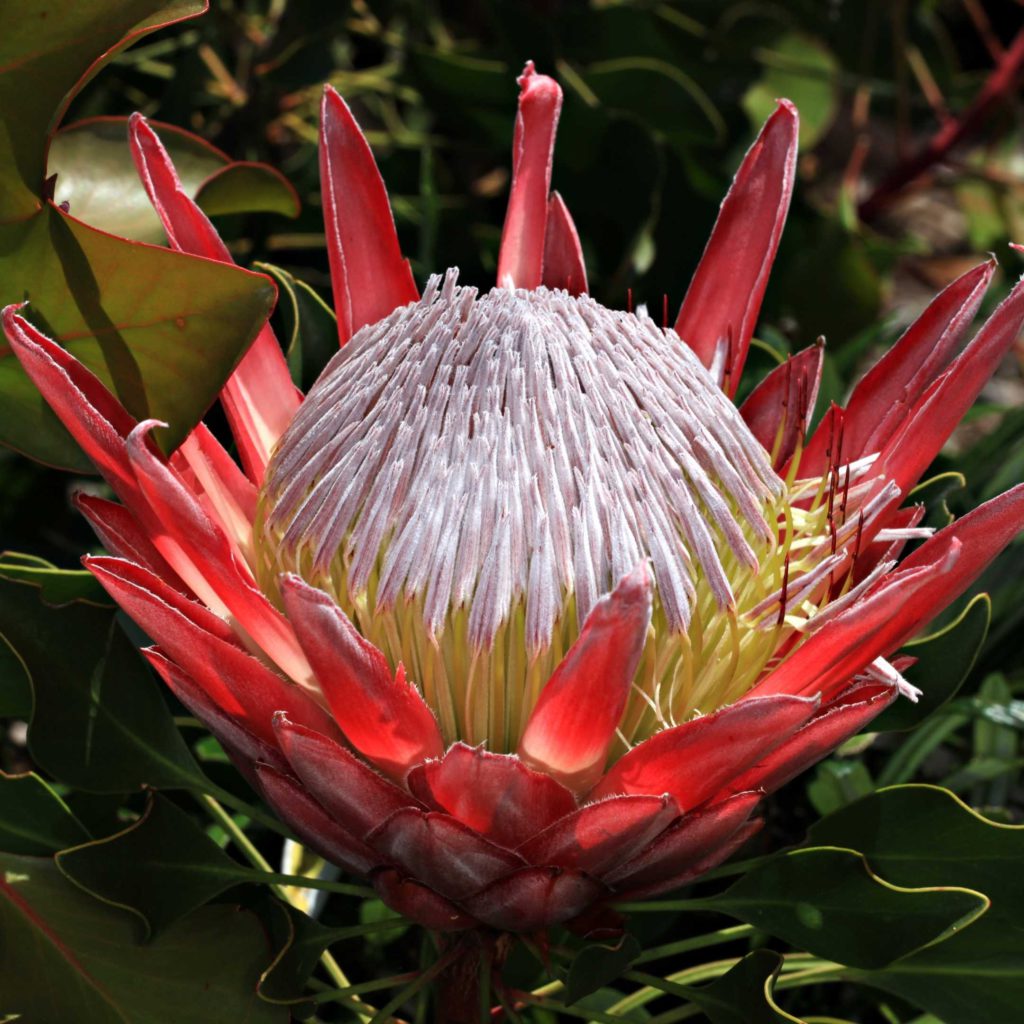 In terms of the flora paradise, it is important to bear in mind that none of the floristic wealth of the Western Cape mountains is planted by humans, it is all done by Mother Nature. The natural flora and mountains with their astounding combination of magnificent peaks and cool sparkling streams is unsurpassed on earth. This region is the home of the ‘Cape Floral Kingdom’ or Fynbos Biome. Botanists have divided the world into six botanical kingdoms of which the Cape is one. The Cape Floral Kingdom is the smallest of all plant kingdoms and yet it has the highest concentration of species in the world. The Protea is by far the most famous of all the fynbos species.

Moving from fynbos to daisies, further north of the province something magical happens in mid-July to mid-September. The end of Winter sees the arrival of one of the world’s most glorious springtime events, namely the Cape wildflower or the Namaqualand daisy carpet display. When this flower season arrives, the hills are dappled and draped with spectacular blooms of colour. For as far as they eye can see, thousands of flowers explode into every colour imaginable. At the end of March, it is lily season. Then the rains come and within three weeks the shrub vegetation comes into bloom in waves of pastel colours. Tourists who have been fortunate to witness the flowers at the height of the season have said that their senses are so overwhelmed by the beauty that they start to cry.

Another botanical highlight is the indigenous Rooibos plant, known internationally as Red Bush. This is, of course, the famous Rooibos tea bush. The wonderful tea brewed from this bush is endemic to the Cederberg region, and is renowned throughout South Africa and the world for its potent qualities, health benefits, and delicious taste.

There is so much more of the Western Cape to write about: the oceans with the white sharks, the miles and miles of golden beaches and the wildlife, like the penguins, but these will have to be written about at another moment in order to return to the mountains. 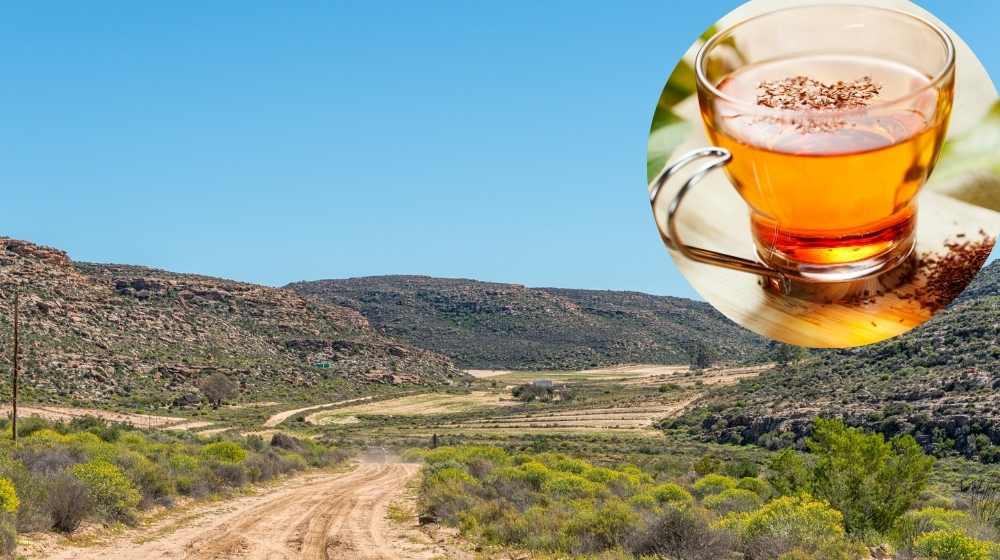 One can definitely not write about the Cape without mentioning the most famous of all South African mountains – Table Mountain – with its attendants, Lion’s Head, Devil’s Peak and Twelve Apostles.  This area around Camps Bay offers a host of rewarding walks and climbs that vary in gradient and challenge. The mountains are supreme recreational areas and most are accessible by many hidden footpaths. They are a paradise for rock-climbers and backpackers. And… they are waiting for you. 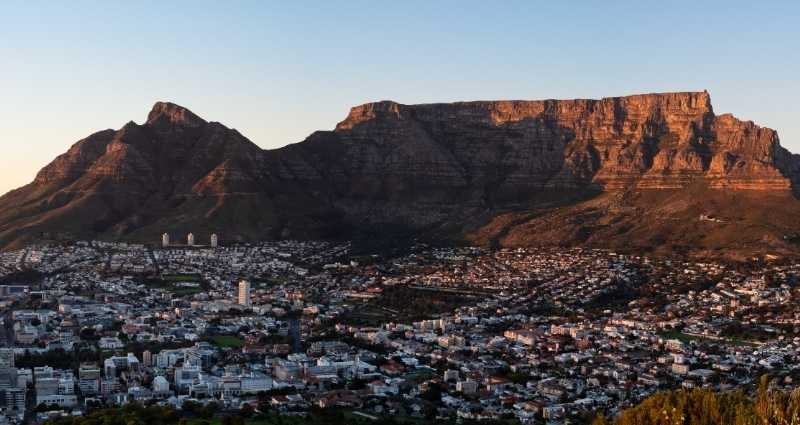