Can a Language Reflect a Nation? 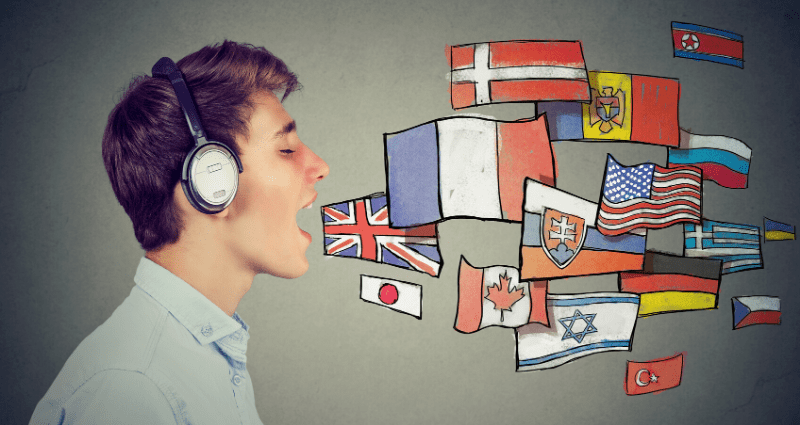 There is no doubt that language is an integral part of any culture, but how much does it reflect the national characteristics of each nation, its mentality? There are theories based on the following statement:
Language determines the way of thinking of the people who speak it.

The peoples of the North have a lot of words that refer to such a phenomenon as snow. And if we compare it with Russian language, for example, there is only one word for this.

From the existence of such facts, it is concluded that different peoples see the same objects and the same world differently. It is also believed that every nation has so-called keywords (they are most often used in proverbs and sayings), which reflect the spirit of the people.

For example, for German culture, these words are: Aufmerksamkeit (attention), Ordnung (order) and Präzision (accuracy).

So, the language is an original system that puts its imprint on the minds of people who speak it and forms their picture of the world. Knowledge of such features of a particular language is not only desirable, but also necessary.

For example, English communication (domestic communication, for example, in the family) requires the mandatory use of the word please – “Pass me the salt, please!” “Please, more tea!” – and so on every time, whatever you ask for. Of course, there is the word please in other languages, but in everyday communication it is not so frequent. People don’t say this all the time, and that often. But this is considered rude in English.

Let’s compare synonymous proverbs of different peoples and make a conclusion about how the mentality is reflected in these proverbs (the translation is literal):
Breathe with one nostril (Chinese) – Walk on one leg (Russian)

While these proverbs are synonymous, we can say that there is a comparison between the words breathe-go, nostrils-leg. And we can conclude that for the Chinese, the most important thing is not the unity of movement, as for the Russian, but the unity of the spirit.

Now, try to compare synonymous proverbs of other nations by yourself, making a conclusion about how the mentality is reflected in them:

A good shooter can miss (English),
A good horse stumbles (Arabic),
A tiger can sometimes doze off (Chinese),
A monkey falls (Vietnamese).

Knowledge and understanding of the linguistic and cultural features of the country do not come immediately, but gradually, in the process of studying the country, its language, traditions and customs. This can take years, or even a whole life, and it’s not a fact that a person will fully understand the “soul” of another culture, but it’s always good at least to try.