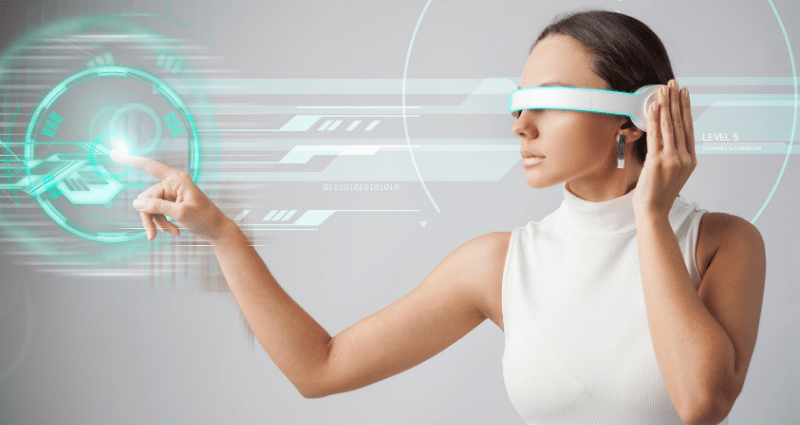 The future goes hand in hand with technology and artificial intelligence. They have not only generated new professional fields and careers, but they have also improved others. Engineering has reached the next level with robotics (building robots to solve real-word problems), medicine with neural network (non-natural brain or artificial life) and computing with machine learning (translation machines, for example).

According to the Massachusetts Institute of Technology (MIT), machine-learning algorithms use statistics to find patterns in massive amounts of data such as images, words, numbers and anything that can become a digital code. Here is when two different worlds collide: language and artificial intelligence, and the result of this combination is machine learning.

Machine learning is involved in the field of translation, especially in machine translations (MT). An example of MT is Google translate, perhaps it sounds familiar due to the jokes that everyone made, at some point, because of some of the erroneous translations or as a warning to never use it because it is not trustworthy.

However, the truth is that Google translate deserves a second chance, technically speaking it has improved a lot, and can be very useful as a tool. For instance, below is a screenshot that displays an acceptable translation from English to Spanish: 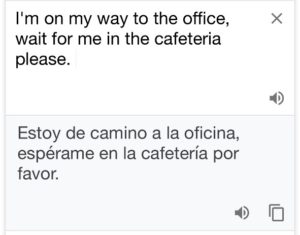 Moreover, here is another example from another MT called DeepL and, personally, I believe it is slightly better than Google translate for grammatical reasons and for accuracy in meaning: 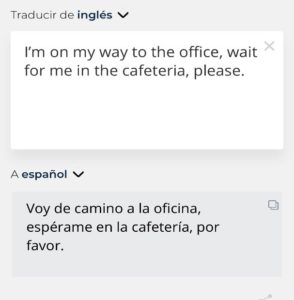 I encourage you to look at MTs as useful tools, not as a professional language specialist. They will translate general texts properly and will save some time if you are in a hurry or if you have an urgent language necessity. However, and bear this in mind, they will never be or do the function of a proper translator.

The reason why they will never fully be translators is because of language itself. Words can become codes, but codes will never be a language. A big part of a language is the meaning and the feeling with which it is spoken, and no machine, even with the latest technology, will be able to translate that properly, because language was not created by a machine but by humans and no one will understand us better than we do.

Technology might be powerful, but as J.K. Rowling once wrote in her most important work: “Words are in my not-so-humble opinion, the most inexhaustible form of magic we have, capable both of inflicting injury and remedying it.”